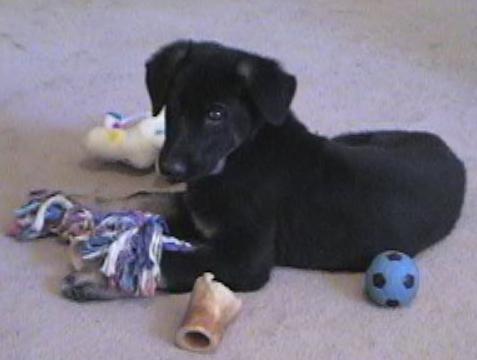 
AJ moved in when he was 9 weeks old.  We purchased him sight unseen from Angie Stegner (of Nike-Clayfield).  He owned us as soon as we saw him.  He is our first Champion and he is triple-titled having completed the requirements for his Companion Dog and Rally Novice awards.  He has two legs in Agility. 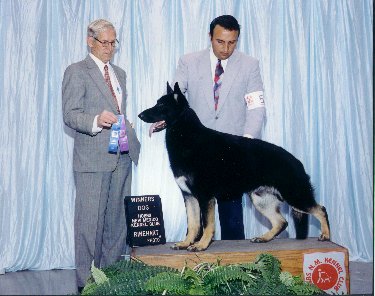 Here he is after winning his first point. 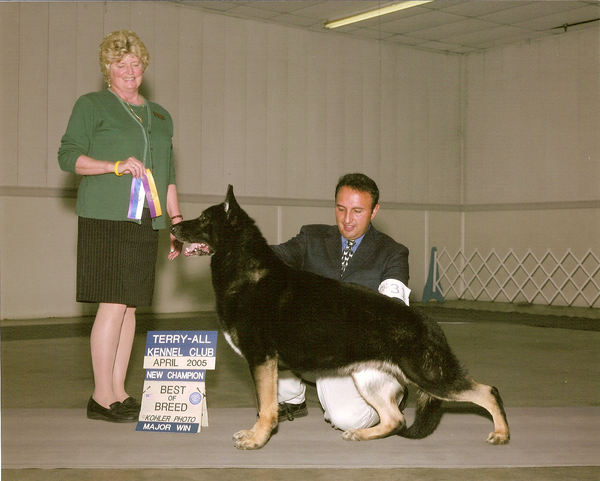 And winning a 4-point major to complete his Championship in Colorado. 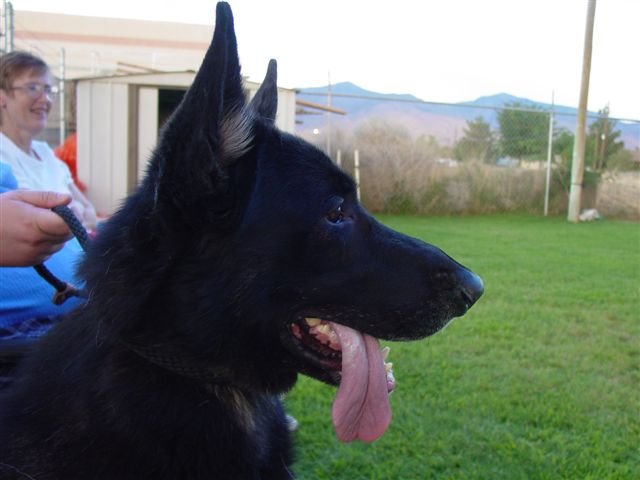 Is he just another handsome boy? 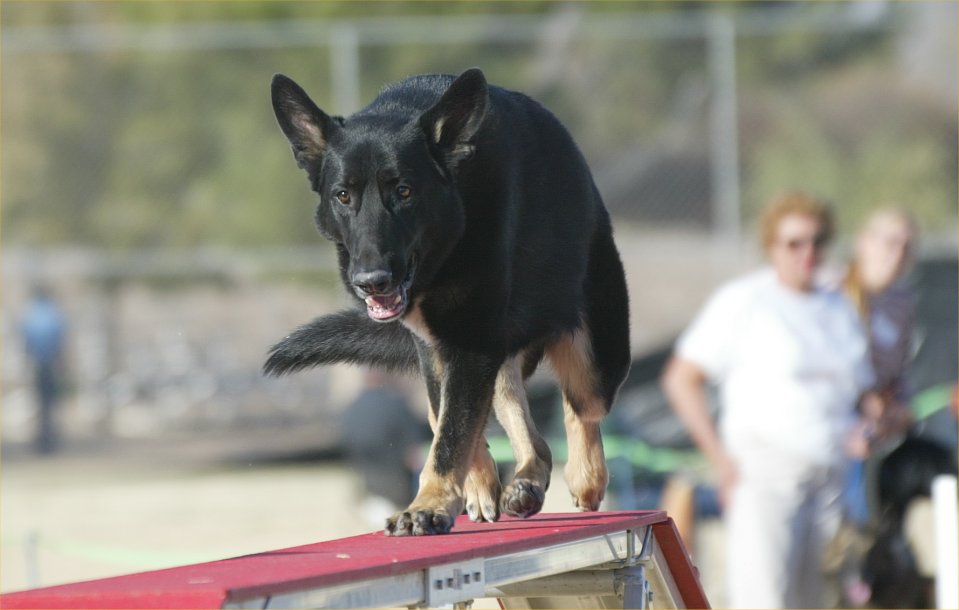 No, he is a triple-titled Champion.